Rated on TripAdvisor and Agoda!

Pagudpud, dubbed as the Boracay of Northern Philippines, is a coastal resort town on the northernmost tip of Luzon island in the Philippines.

It is bounded to the south by the town of Bangui and to the east by the Cordillera Mountain Ranges. It has white sand beaches, scenic views, creeks, lagoons, falls, caves and other attractions. Aside from the magnificent shores of Saud Beach, Pagudpud has other tourist destinations, places of interest and historical landmarks.

Saud white beach is very popular not only in the country but also to the other parts of the world. It is a favorite place for movie producers, foreign and local correspondents, foreign travel writers to shoot their films because of its breathtakingly views and unique atmosphere. It is even featured in the Internet that makes it very popular, a world–class destination. The beach is along stretch sand framing the heart shaped calm emerald water of the Saud Bay

At the foot of the cliff of the North Cordillera Mountain Range is the 12-km winding bridge known as the Patapat Bridge, popularly known as the French Riviera of the Northern Philippines. At the upper part of the cliff, one can still see the etched footbridge that was the only link between Ilocos and Cagayan Valley in the 1960’s.
While at the middle of the Patapat Bridge, one can take a look at the awe-inspiring panoramic view of the verdant mountains and the sea below. A glimpse of the old footbridge adds grandeur to the breathtakingly view.

While at the scenic Patapat Viaduct, one can get an enchanting view of Pasaleng Bay, its beauty unmarred by a shipwreck dating from the Japanese occupation. It is believed that the other half of the ship lies eight fathoms at the depths of scenic Pasaleng Bay, while the other half is at 20 fathoms at scenic Agua Grande. Here, treasure hunters and other adventure seekers, or even simple divers are treated to a wonderful diving experience

Pagudpud does not only pride itself with the bounty of nature’s beauty but also with its historical significance. The cool and serene Caunayan Bay is the site of the first successful landing sites in the northern Philippines during World War II. It is told that this paved the way towards the success of the Allied Forces against the Japanese, which eventually led to the liberation of the Philippines from the Japanese invasion. In the near future, this important site will become, not only a local tourist attraction, but an international landmark as well.

Definitely the favorite destination in Pagudpud is Kabigan Falls, where cool fresh water falls 120 feet into a natural basin where visitors can enjoy a refreshing swim. Protected throughout the day by tall trees abundantly growing in one of the few remaining virgin rainforests in the Philippines, one can freely enjoy a whole day’s treat with Mother Nature’s best.

A natural sculpture carved by the wind and sea which means sea mountain with a hole. It is also called the underground sea for on top of the cave is a lustrous vegetative cover. Inside the cave is a church that once you are inside, you do not only hear the echoing sound of the waves, the chirping of the birds but you can also feel the cool breeze of the air. It is a favorite hangout of swallows that swarm to their roost in the late afternoon. It is a very unique creation partly surrounded by the clear blue sea. Its shore has white sand mixed with fragments of shells and rocks that can be made as a decor. Parts of the shore are forms of rocks where you can sit and relax and enjoy a lucid view of the wide sea and verdant mountains.

The Bangui Wind Mills were built by the North Wind Power Development Corporation to take its share in reducing the emission of harmful greenhouse gases (GHGs) causing global warming and to accelerate the rural electrification of the government.
In this area, wind mostly comes from the north-east, from the sea towards the land. To optimize the full benefit of the winds, turbines are installed along the shore facing the sea effectively removing wind breaks and achieving a terrain roughness of class 0.

Maira-ira point is the name given to Luzon mainland’s northernmost tip. Nestled in its confines is an unspoiled, white-sand cove that has yet to become popular with the mainstream beach-combing crowd. The beach is known simply as Maira-ira or blue lagoon. On calm days, when the notorious Ilocos surf is taking a break, the waters off the cove can be still as a pond, mirroring the azure sky to form a stunning blue loch.

It is a river that divides the Municipality of Pagudpud and Bangui. It is an added attraction to tourist especially those who are into kayaking sports. The portion of the river in Barangay Dampig, Tarrag, and Poblacion 1 have a big boulders and deep water ideal for kayaking where shooting into the rapids is fun

The Kapurpurawan rock formation is located on the rocky coast of Burgos, Ilocos Norte. It is known for its creamy white and streamlined limestone formations, which have been sculpted by different oceanic and weather forces.

Your Home Away From Home!

A Hotel Resorts and Restobar close to Saud’s famous pristine white sand beach in Pagudpud! A truly gem accommodation as your home away from home!

Palm Grove Saud Holiday Complex offers a number of tours in Pagudpud attractions and activities, tour around Ilocos Norte province attractions and tour around Vigan City attractions that will keep you busy during your visit. We can arrange to book a tour for you that includes a vehicle and a driver guide who will pick you up and take you back to our hotel. Please enquire and speak with our member of staff about these service. 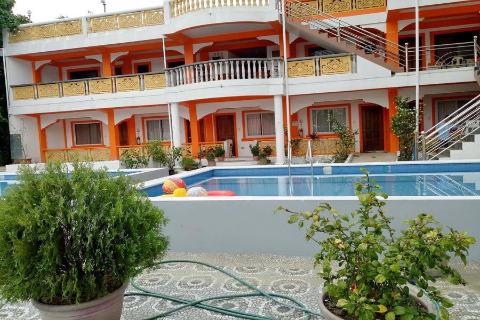 FacebookInstagramYoutubeEmail
We use cookies on our website to give you the most relevant experience by remembering your preferences and repeat visits. By clicking “Accept”, you consent to the use of ALL the cookies.
Do not sell my personal information.
Cookie settingsACCEPT
Manage consent

Palm Grove Saud Holiday Complex website uses cookies to improve your experience while you navigate through the website. A cookie is a small text file that is stored on your computer, tablet or smartphone when you first visit  https://palmgrovesaudhotel.com website. These cookie does not identify you personally and is not linked to any other information we stored about you.  We use performance cookie and stored on your browser as they are essential for the working of basic functionalities of the website. We also use a third-party cookies that help us analyze and understand how you use this website. These cookies will be stored in your browser only with your consent. You have the option to opt-out of these cookies. But opting out of some of these cookies may affect your browsing experience.
Performance cookies Always Enabled
Performance cookies collect information on how users interact with https://palmgrovesaudhotel.com website, including what pages are visited most. These details are only used to improve how the website functions.
Analytics Cookies
Every time you visit https://palmgrovesaudhotel.com a service we use provided by another company saves an analytics cookie. This analytics cookie tells us if you’ve been on the site before, how often you visit, how long you stay, etc.
SAVE & ACCEPT